You Aren’t Stuck in Life: Commit to Change and Get Started 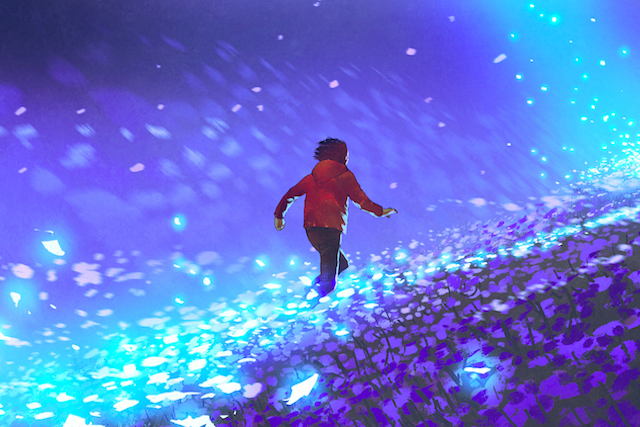 “The secret of getting ahead is getting started.” ~Mark Twain

We all have big dreams, big goals, and big ideas on what we think our life should look like, or how we think life will end up.

Some of us meticulously plan out our lives, envisioning and letting ourselves daydream as we think about all the stuff we’d love to accomplish. I’d wager that our plans include some pretty big things in life that would make us feel pretty proud.

The problem is, a lot of us have trouble reaching the potential we’ve set for ourselves. Time kind of flies by, and we end up looking back and wondering what went wrong.

Well, one reason stands out like a sore thumb: We never really get started doing the things we truly want to do. We’re all guilty of it, and that includes me.

I’ve cooked up dozens (literally dozens) of ideas or things I wanted to try over the years. How many did I actually try? Far less than dozens; let’s just say the ratio isn’t exactly working in my favor.

Now, as time has gone by, I’ve been able to explore more of them. But as you know, some of them got shelved for good. I probably don’t even remember half of the things I wanted to try and never did.

Why did I not try? What was the reasoning behind it? Why did I lack the forward motion necessary to at least attempt something and see if it sticks? I, like you, are fully aware that not everything we do will end up being a calling in life. But you won’t know until you give it a shot.

To help you better understand this idea pertaining to a lack of motion, one must take a step back and realize that life, in a very big nutshell, is a series of decisions and actions. These two components are crucial for our self-growth and success in life and unfortunately are not mutually exclusive.

Without making a decision and following it up with action, we could spend our entire lives stuck in the exact same place.

If you make a decision but don’t take any action, not much will happen. On the other hand, if you take a bunch of actions without any decisions driving them, you’ll aimlessly float around.

Being stuck in the same place or floating around aimlessly sounds torturous, doesn’t it? It is, and a lot of people must be living real-life nightmares. I had to wake up from my own years ago.

Good or bad, where you are in life at this very moment is a reflection of all the past choices you’ve made. Some of us will read that and smile, maybe even give ourselves a little nod of appreciation if it’s good. On the other hand, a fair number of us will probably have a hard time digesting it.

If you aren’t quite where you thought you’d be, I’d like to start by just saying that it’s perfectly okay. Most of us aren’t really where we thought we’d be, and we’re still giving it our best shot.

There are generally two reasons you aren’t at your “ideal” place. A small chance is that life gave you an obstacle course with things completely out of your control; in other words, life got in the way temporarily. But there’s a bigger possibility you aren’t where you thought you’d be: you just flat out didn’t pursue something. And it was likely out of fear.

In other words, you didn’t really ever get started.

The Good And The Bad News

Let’s start with the bad news: You never got started, and now you’ve wasted some valuable time moving toward your goals. Your life isn’t really playing out like you thought it would, and you feel somewhat stuck with your current habits, lifestyle, relationships, career, and other things.

Pause for a moment and take a deep breath, as this might have hit closer to home than you’d prefer.

Good, you’re still with me.

You’re never stuck, and while the best time to start something was yesterday, the next best time is now.

You, yes you, have the ability to create the life you want, but it requires you to make moves. And while you may have fallen short previously, it doesn’t mean you will fall short going forward.

Here’s the bottom line: your past does not dictate your future. Your past habits and lifestyle do not have to determine your lot in life.

The Idea Behind Starting

Was your house fully built on top of a piece of land in a day? Was that skyscraper completely erected in a day? Did you apply for, interview, and start working at your job in the span of twenty-four hours?

Things take time to build. Let’s say you’ve been wanting to switch careers because your soul has been sucked completely dry. You planted the career switching seed a while ago, and you’ve been letting it marinate for far too long.

Yet you haven’t made any moves, and in the meantime, nothing has changed. Does this sound familiar? I found myself in this exact position years ago. I was miserable at a job I didn’t enjoy. I wanted to change, but I got scared of the unknown and didn’t make any changes.

Years passed by before I got a kick in the pants and decided to take a change. It took getting laid off, but it was the best thing that happened to me. I decided enough was enough. It was time to ultimately change my entire career, and also start exploring other smaller avenues on the side.

But unfortunately, I didn’t really know the one thing I needed to do professionally in order to be more fulfilled. I knew what I didn’t want to do (hello old career), but I also didn’t know what I wanted to do.

I began formulating. Writing goals. Crafting some business plans. Attending meetups and networking around areas I found interesting. It was through this meetup that I came across a three-month program being offered in a particular field that I had once tinkered with in high school, but walked away from.

And voila, I am now in my new career. You can put the pieces together, but I took a leap and joined the program. Fear and all. I was scared, but now I am in a field that is 180 degrees from my previous one. And all it took was attending a meetup. Funny how life works.

Self-doubt and fear are the two biggest barriers in our quest to make moves. A third, and less talked about one, is pure overwhelm: seeing where you are and looking where you want to go leaves you exasperated.

This is where movement comes into play. You take steps, however small, toward your visions and goals. You make sure you’re moving forward.

And here’s the cool thing: The force that you apply, in other words the actions you take, can be extremely small and still produce positive results. This is the idea of micro-movement.

What does this mean? If you’re scared to make a move because you’re overwhelmed by the end result of where you think you need to go, it’s really important to realize one big thing: your collection of small steps equals big results.

No one takes a leap of faith and accomplishes life’s biggest goals in the same breath. Life rewards those who take consistent, measurable action, while enjoying a dose of patience and commitment.

Putting All The Pieces Together

Most people have an idea of some higher-level goals they’d love to accomplish in their lives. Be it personal, health, finances, career, relationships, or all five, every single one of us has fallen victim to overwhelm and the paralyzing nature of fear.

But a few things are happening in your favor.

Namely, the universe is here to aid you in your dreams and desires if you let it.

It just requires a few things:

Then, the laws of motion will help you take care of the rest because you’ll have built movement and momentum.

You aren’t stuck in life. You are capable of making a lot of power moves.

The key is just getting started.

Adam Bergen is the founder of Monday Views, a site aimed at showing others how they can reach their potential through focusing on themselves and staying authentic. Generally most people don’t enjoy Mondays, but it’s not Mondays that are the problem; it’s your mindset. Change that, and you can change your views. You can find Adam at mondayviews.com and instagram.com/mondayviews.

The post You Aren’t Stuck in Life: Commit to Change and Get Started appeared first on Tiny Buddha.