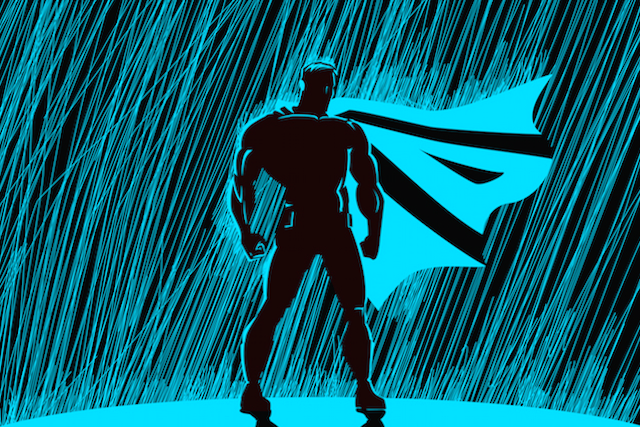 “She was strong and weak and brave and broken… all at the same time.” ~Unknown

My mom was diagnosed with schizoaffective disorder when I was seven years old. It’s a chronic condition that doctors say can be managed but not cured. The symptoms included manic high energy, depression, delusions, hearing voices, reduced need for sleep, and loss of touch with reality.

There were many times of stability for her, when she was on the right medication, taking it routinely, and attending regular psychotherapy. But if any of these elements were missing, those moments were often short-lived.

She was the type of woman who would speak to anyone in eyesight, make an instant connection, and fill the atmosphere with the kind of joy and laughter that would make anyone think of happy times.

For me, as I knew her well, any extreme traits that did not resemble these were signs that her body was not responding to the medicine and she was having what doctors call an “episode.” These were the times I knew she had to be hospitalized for stabilization. Some episodes were milder than others, but all resulted in my sister and I having to make the tough decisions, for my mother’s well-being, that deep down inside hurt us to the core.

We were like the three amigos, my mother, little sister, and me. We had a powerful bond, and my mother, being a single parent, taught us to be strong, independent, confident women. Growing up, I didn’t know that my mom having her episodes would become the norm, and taking her back and forth to the hospital would become routine.

Years later it would never get easier, and each time felt like the first time. Each time I had to put on my armor jacket of strength, suck up my feelings of sadness, and be strong for my mother when she was not able to do that for herself. I had no idea back then that learning how to be so “strong” would eventually be my downfall.

I remember my first time taking my mom to the hospital. My heart raced and my chest filled with so much pressure it felt as if I was about to explode. I was filled with such overwhelming sadness, anger, and helplessness that I couldn’t even express if I wanted to. It wasn’t the time.

As we sat with my mother in the emergency room, waiting for her to get called back, everything moved in slow motion. Her rage of being taken to the hospital without her initial consent filled my ears with such vulgar slurs and hurtful words that I regularly had to remind myself it was her “condition” talking, not her.

Life can put us in situations where we are forced to be strong even when we feel weak inside. Society will give you the impression that being strong is a good thing. We are programmed to show strength and not express our weakness. It’s almost this hidden outlook as if expressing your weakness will allow someone or a situation to break you, and once we are broken, we can’t put the pieces back together.

We become so good at portraying strength; we fool others into believing that we have everything under control and do not need help. But, as I found over the years of being the strong one and continually putting on my armor jacket of strength, I was doing more harm to myself than good.

Here are some lessons I’ve learned since realizing that being the “strong” one is not always the best solution:

1. Don’t isolate yourself from others.

There were many times when my mother’s episodes were extreme, and I didn’t want to share my feelings with anyone in my inner circle. I felt like no one would understand what I was going through, and it felt like I was in a battle all by myself. Unlike a physical disease, there are so many negative stigmas that can come with having a mental disorder. The fear of both my mother and I being judged and ridiculed was enough to keep my emotions and thoughts to myself.

During these times being social was the last thing on my mind. I avoided social outings with friends and family like the plague because I felt like I was going through things they wouldn’t understand.

The more I isolated myself, the more toxic my mind became. When I was by myself, I would constantly dwell on my negative thoughts. They would race through my mind all day, and it was extremely hard for me to see the positive.

On the days when I did have a brief interaction with my friends, I was no longer the voice of reason but instead the “Debby Downer” who no one wanted to be around. The calls eventually slowed down, and my circle of friends became smaller and smaller.

Contrary to what I believed, when I finally decided to open up it made a world of difference for me. When I told a close friend the details of what I was going through, she said she could sense something was wrong with me and extended her listening ear. Even though she wasn’t able to directly relate, she had a close friend whose sister had a similar diagnosis, so she was able to understand my concerns and offer a few stress management tips.

This one little moment speaking with my friend felt so freeing. I was finally able to open up to someone and not feel as if I was in a battle all by myself. Moments like those helped me realize that isolating myself was not aiding my strength but actually adding unnecessary stress.

When you isolate yourself, you tend to feel like you’re in battle alone and forget that it’s innate for people who care about you to want to be there for you. Your friends and loved ones will be able to sense when something is wrong and will naturally want to offer support. By opening a dialogue, you might be surprised by how many people can relate in some way.

Even if someone is not able to directly relate, there are hidden messages of encouragement that you can receive when you least expect it. Allowing yourself to be around others during these times can make a shift in your energy, which can help make your days brighter.

2. Don’t hold your feelings inside.

I think one thing many tend to forget is that holding your feelings inside doesn’t make them go away. When you bottle your emotions inside you are allowing the pressure of the build-up to take control of your body. These feelings cause more harm than good. When worrying becomes excessive, it can lead to feelings of high anxiety and cause you to become ill. Stress, according to the American Psychological Association, is the leading cause of some of the most severe chronic diseases.

In the early years of my mother’s diagnosis, I would allow stress to consume my life. When high levels of stress would occur, I frequently became sick. I would frequent the doctor for stomach pains and was soon told that continuing on that path could result in causing a stomach ulcer.

Being “strong” does not mean that you need to keep things bottled up with no outlet. This is an unconscious thing we tend to do without thinking about the long-term effects. It is vital that we allow ourselves to handle the crisis by finding a positive outlet. Meditation and exercise can be great tools to use that will allow you to release the energy needed.

3. Let yourself be vulnerable.

In every healthy relationship, there must be a sense of vulnerability. Whether we’re talking about a romantic relationship or a friendship, vulnerability is needed for each person to be in their truth and for the connection to be genuine.

When you are put in situations where you have to be strong at all times you tend to build a wall up, what I like to call the “wall of protection.” This is a wall that builds over time and grows as you are forced to overcome more adversity.

The more you are forced to be strong and fight your battles, the higher the wall gets. In these moments of struggle, you are forced to take on an intensive militant mindset, figure out the problem quickly, and find the solution. You have no room for errors or mistakes. Because you are the strong one, your mind thinks if you allow a mistake everything will crumble.

I spent years unconsciously pushing people away without knowing it. I was accustomed to handling every battle that came my way on my own. My “wall of protection” eventually turned into this hard exterior that pushed everyone away, including men I was dating. It shielded my soft, playful side and turned me into someone who was a pro at masking her emotions.

How can you have a genuine relationship with no vulnerability? How can anyone get to know you if they only see and understand one side of you? Eventually, that relationship will drift away because it has no foundation to stand on.

By putting on your strong masquerade, you block others from seeing the real you. Without allowing someone to get to know you, including your fears and what makes you happy and sad, they are just getting to know your representative, not your true self.

What if you didn’t have to fight the battle alone? By allowing yourself to be vulnerable and admitting when you are going through hard times, you allow yourself to receive love. And love is by far the most prominent weapon one needs to overcome whatever obstacles come his or her way.

Lauren Marie Williams is a transformational business coach for ambitious women and new entrepreneurs. She created a Morning Routine Plan that will help you make a powerful shift in your life in only five days. You can download your FREE copy here www.bit.ly/theultimatemorning.

The post Why I Can’t Always Be the “Strong One” and What I Do Now Instead appeared first on Tiny Buddha. 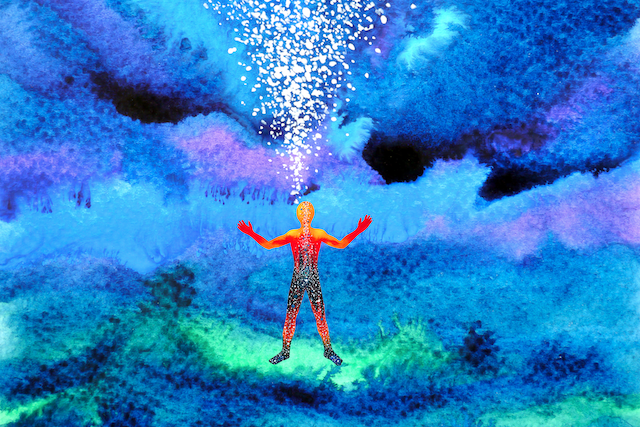