“We Run Away from Desperation:” Thoughts on Pursuing a Creative Idea

I recently recorded a Side Hustle School episode about Michelle D’Avella, a designer who spent several years building a blog before turning it into a full-time income. The episode comes out next week, and ever since I made the recording I’ve been thinking about something she said.

The first year she started her blog, she made $0. Last year, after experimenting with a series of virtual workshops and mentoring sessions, she made $50,000. The success isn’t just about making money, it’s also (maybe even more importantly) about finding work she believes in.

Her advice to others is to create from a place of joy.

I’ve been pondering this because as I look back over the past decade, I can clearly identify the seasons in which I was “creating with joy.” I felt energized and motivated. I worked hard, often early in the morning until late at night, but with a sense of purpose. Alternatively, I can also identify seasons in which I was creating with an intention that was less-than-joyful. In my case, I’m not sure I was doing so out of desperation, but I certainly wasn’t doing so from my true self.

That’s a great way to frame your intentions: choose joy, not desperation.

Looking back, I also realize that creating from a sense of joy often begins with more of a feeling than a well-developed concept. You don’t always know where you’re going or what the end result will be. When I started writing, that’s how it was for me: I felt as though I was guided by an internal compass. Sometimes I got off track, but when I stayed with that sense of joy and delight, everything I did was easier.

What I did during those seasons of creative joy was also more successful in terms of response. These two values—creating something you believe in and creating work that elicits a positive response—are not always so closely interlinked, but it’s nice when you find the overlap.

What project are you working on—and how can you create from a sense of joy?

Previous Lynn Singer talks about “Breaking into Brilliance” on this week’s show.
Next How to Trust That You’ll Be Okay No Matter What 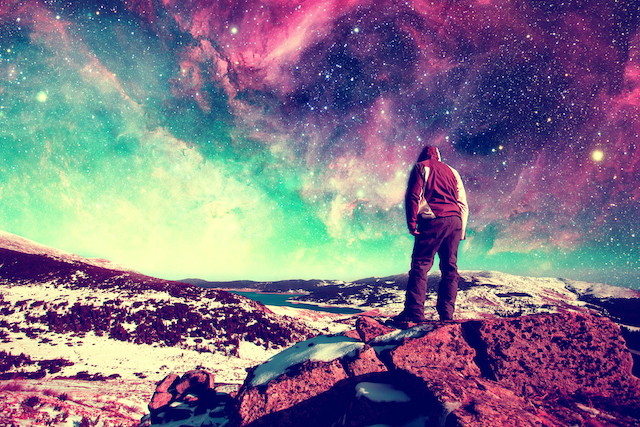