The Power of Choices

Bad things generally don’t “just happen.” Rather they are the result of someone’s conscious choice somewhere down the line. There are choices to do good or evil, hurt someone or help them, be kind or surly.  Choices are powerful and often have long-lasting effects.

Some of the choices made fill the news. For instance, the news has been filled with reports of shootings. According to Mother Jones, in 2017 we have had eight mass shootings, killing at least 83 people. In 2016 there were six shootings, killing 71 people and in 2015 seven shootings took the lives of 46 innocent people. As you go back in time the numbers diminish but with every shooting we ask, “WHY? WHY? WHY?” Each event receives massive publicity that goes on for days.  Each shooting produces arguments for and against gun control. Further, we wonder if the shooter sought help and if he received it.  And, of course, we consider terrorism. But we really don’t know for sure what motivated them. What we DO know is that each shooting was preceded by a choice. Someone chose to kill people they didn’t know. They made a choice to kill.

We make a choice about how we behave

Yes, we make a choice before we behave badly, do something destructive or act out our anger.  In my daily reading yesterday, I read this which speaks directly to some of the whys:

The Invaluable Moment  of Choice

…For most of us, there will probably be a certain routine to those moments when we “give ourselves permission” to respond or behave badly. For some people, it will be yelling at their children or their beloved, … Orit might be drinking far too much… It may be a withholding of generosity or even fairness—not sharing information that would help a colleague; not taking your turn with household tasks; not “lifting the load,” even when you perceive it. For some it will be saying that unnecessary mean or bitchy thing. For others it will be looking down and realizing that the entire package of chocolate cookies has mysteriously disappeared. And for many it will be imposing grim, angry or resentful moods on everyone around them.

Of course there will also be moments when we spontaneously let ourselves down. We say the worst thing; we let ourselves get exhauasted and start to whine; we are enraged by an aggressive driver and start yelling; we put someone “right” when they are perfectly capable of getting on with things in their own way.The most successful technique that I know is to STOP – the moment you recognize that what you are doing is not what you should abe doing – even when it’s what you desperately want to be doing.

It goes on to say:

STOP – in mid-flow, mid-mood, mid-word. However revved up you are, however driven you feel to complete your compelling drama, you stop.

Whatever you tell yourself, no one can force you to behave badly. You may have developed some habits of reacting that feel completely out of your control. And certainly you will have unsconscious as well as conscious drives that can feel extremely powerful. But not even your habits or drives can make you replay behaviors that no longer fit with your values or benefit you and other people.

The moment you recognize that your behavior is hurting yourself or someone else – you can stop. Awareness of consequences is key to conscious living. It is so empowering to know this.

As you get worked up, you may feel as though you are powerless to stop. And if you are drunk or taking drugs you will certainly have radically diminished your power to choose. But you are not powerless. As you begin to write that hurtful e-mail, you can stop. As you open your mouth to say something unkind, you can close it. As you begin to collapse into your preferred pose of self-pity, you can straighten up.

Your power to choose grows with practice

In the moment before taking action resides our power to do good, as well as to prevent harm. In less than the time it takes to think a thought, we are directing ourselves – and choosing.

From Choosing Happiness: Life and Soul Essentials, by Stephanie Dowrick in Collaboration with Catherine Greer. Penguin Group, NY. 2005, pp 183-184.  (Note: This book is a MUST for anyone interested in self-improvement. The insights are powerful   but not preachy and the advice is “right on.”  Irene)

We are each responsible for the choices we make. I urge you to live consciously and make choices you and those around you can live with—literally.

Some small choices you can make daily that can help you avoid poor but critical choices down the road are:

The point is, everything we do is first a choice. It may be a split-second decision based on little or no facts, but it is still a choice. Be sure you make the choice that will bring the results you desire. 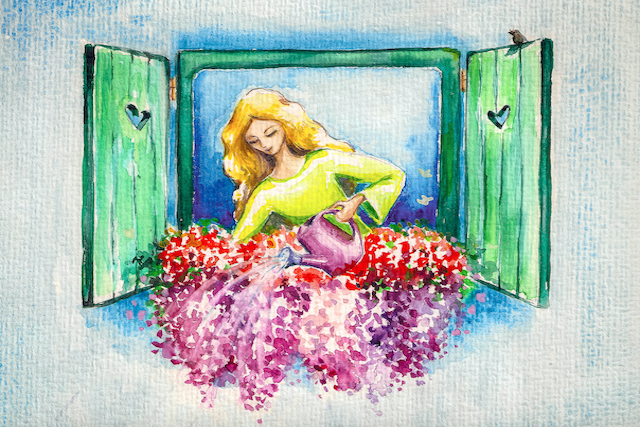