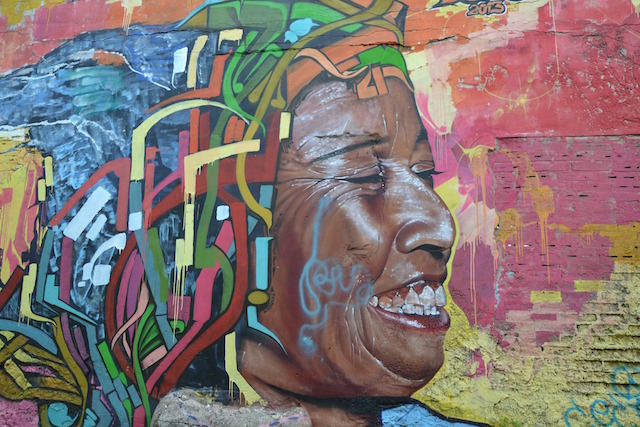 “When one realizes one is asleep, at that moment one is already half-awake.” ~P.D. Ouspensky

Growing up, the only truth I believed existed was that of the religion in which I was raised. The truth? The world was ending soon. I left it all behind in my mid-teens.

Little did I know it would take me another twenty-odd years to figure out my own truth and worse, that knowing this truth would initially leave me feeling disappointed.

Once I became a mum, that’s all I was—mum.

The concept of knowing my own truth didn’t even enter my mind. I had never asked myself all the questions that force you to dig deeper: Who am I? What’s important to me? What do I really want?

As far as I was concerned, I had to just get on with it, so the years consisted of a bit of everything. I went from feeling like I was the luckiest person alive for having two gorgeous children, to wishing someone would come along and take over, to feeling like a complete failure, to feeling proud of myself for coping so well.

In other words, I did life—a mum’s life. Sometimes really well, other times, not so well, but the fact is, I did it. The only problem is, I still had no idea about my truth let alone the fact that I could have one.

After many more years, a friend lent me a book, The Magic of Thinking Big. That one book opened my mind to a whole new way of thinking. It helped me realize that I didn’t have to live in hope that my life might change someday. It showed me that I could take charge and steer my life in any direction I chose.

I read about believing in myself, dropping excuses that hold me back, and how I am what I think I am.

All of the information was new to me, yet it made so much sense. I was overjoyed to have been introduced to these concepts that I believed were guaranteed to change my life.

So it’s a shame the excitement I felt and the possibilities I saw in my mind for a happy, fulfilled life were fleeting. I returned the book to its owner and within days, the old adage “out of sight, out of mind” came into play.

I may have read the book twice, but it made no difference. The humdrum reality of my life took over and consumed my mind. I went back to being mum and justified my life with the very excuses I had been excited about dropping. I had forgotten that they were the reason nothing changed.

The good thing is, once my mind had been opened, it didn’t quite go back to its same level of thinking. Even though I hadn’t changed any habits, I still knew deep down that life could be very different for me and my kids. And then one day, it hit me.

I realized the world hadn’t ended and I was still very much alive, so I still had a chance to make things happen.

One day during a personal development course, I experienced an awkward moment that woke me up to what I had been unaware of all those years. During an exercise, I had to answer the question “Who are you?”

I was so stuck on the question that not even the word “mum” flowed from my lips. On the seconds went as I struggled to come up with something—anything, but imagine someone asking you to say ‘‘my name is…” in a language you don’t know. I had no idea what to say.

To say I felt embarrassed would be an understatement. I had no sense of my own identity or awareness of the things that matter to me.

Thankfully, after a few more years of attending personal development related workshops and seminars, taking courses, reading books, and watching videos, I finally figured out my all important truth.

The truth is that I’m a bubbly, curious, deep, playful, introvert who currently values freedom, fun, health, creativity, family, and honesty—amongst many other things—and wants to make a difference in people’s lives.

But there’s also an ebb and flow to that truth. Sometimes I’m not bubbly and don’t even want to be. Sometimes, I don’t feel like being playful and would rather show my serious side whether it’s a necessity or not. These are traits that I embody often but not twenty-four hours per day. And over time, my truth may very well change.

You could argue that I’m so much more than mere labels, which brings to mind the following quote by French Philosopher, Pierre Teilhard de Chardin:

But in my human experience, right now, this is what I know to be true. Still, just identifying my truth didn’t change anything. I wasn’t feeling any happier, or more empowered. I was feeling quite the opposite: frustrated, confusied, and stagnant. Then one day, I had an insight.

I knew my truth but I wasn’t owning it. I would think about who I was and everything that’s important to me, but my habits stayed the same. Knowing I would only accumulate a ton of regret, I decided to start doing more of the things that mattered to me and being more “me” in my everyday life.

I enrolled in dance classes—something I’d wanted to do for a long time. I then took steps to clean up my diet, which resulted in cutting out refined sugar. I even found myself enrolled on a drama course.

That’s when things started to shift within me. I felt as though I was finally moving in the right direction. And it’s only going to get better from here, with a few challenges thrown in for good measure, no doubt.

So that, to me, is the missing key:

Know what’s important to you now.

This is where we can ask questions such as: What are my values in different areas of my life right now (for example, family, work/career, health, friendships)? What makes me feel alive? What am I doing when it feels like time goes too quickly?

Thinking about our current regrets may also give us a clue about what matters to us. The point being, without this knowledge, we can’t understand ourselves properly.

Then, it’s time to celebrate our newfound knowledge and own it. Once at the forefront of our minds, we can start to look closely at our life and how our choices may or may not align with what we value and who want to be.

Do something about it.

Nothing will be different if you don’t make changes. It may feel scary, but which is more freeing: keeping a part of ourselves locked away or figuring out how to adopt a “this is my truth” approach to life?

Whether we make small or big changes doesn’t matter so much, just as long as we actually take action instead of getting stuck in wishful thinking; and we check in with ourselves from time to time as we grow, change, and adopt new values. We may need courage at times, but the payoff will be worth it.

Denise McKen runs The Confidence Haven exclusively for shy, quiet, and reserved women. Get access to her Confidence Foundations Workshop and get the starting steps to more clarity and confidence in who you are over at: TheConfidenceHaven.com, and connect with her on Facebook.

Previous Addicted to Helping: Why We Need to Stop Trying to Fix People
Next When Too Much Stuff Gets in the Way of All the Good Stuff 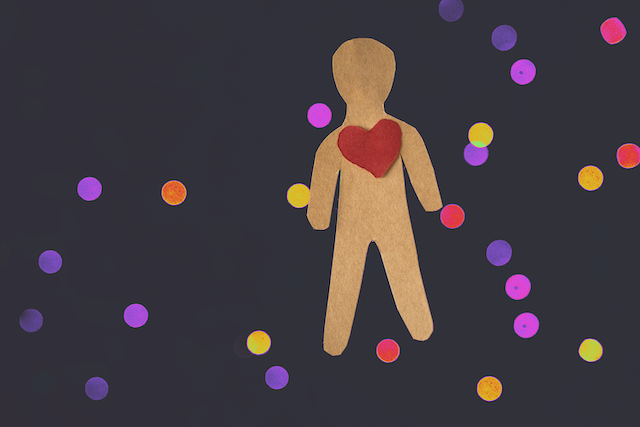