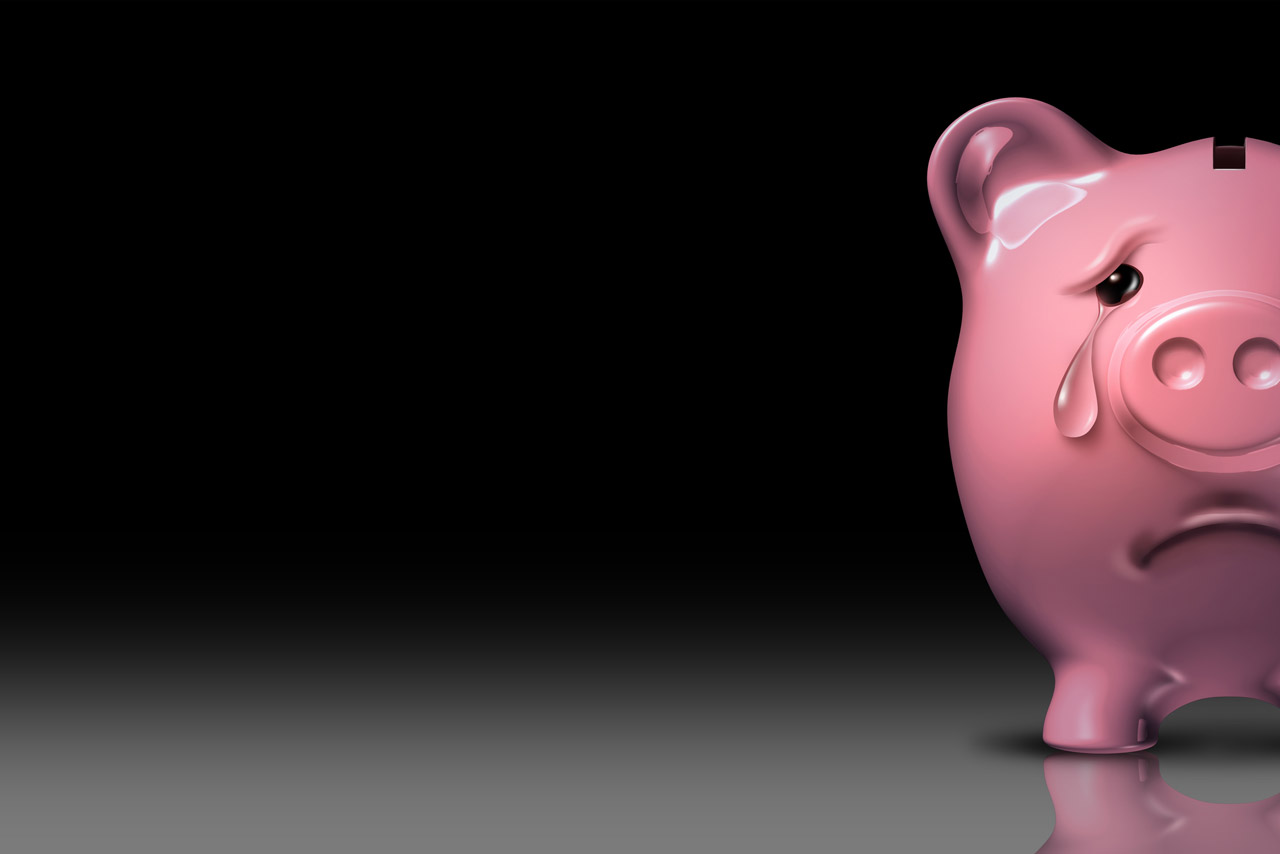 “I have endured, I have been broken, I have known hardship, I have lost myself. But here I stand, still moving forward, growing stronger each day.” ~Unknown

There was a time, not so long ago, when I was struggling with the heavy hangover of financial abuse.

Did you know there was such a thing? I didn’t. I hadn’t a clue… until it happened to me.

But it turns out that financial abuse is incredibly common, and is often used as a tactic to keep a victim entangled in a relationship where other forms of abuse also take place.

When money equates to power and freedom, and an individual is deprived of these things, it can seem safest to remain with the person who provides some manner of security—even though they are the cause of the deprivation.

I am one of the lucky ones.

Nevertheless, “lucky” rolls off my tongue with a sharp sourness. I may not have been married to him, or even living with him (though not for his lack of suggesting it). I may not have been forbidden to work or had my belongings stolen and sold, as some victims experience.

There were no children to consider, no child support to withhold, no joint bank account. Getting out was easy for me once I realized what was happening. But within those few short months he still managed to inflict plenty of damage.

He was charming in the beginning.

Smooth and slick as oil, and a skilled hunter, he honed in on my recent breakup and optimistic nature. I was ideal prey.

I was new to town and he offered to show me around. We sang Taylor Swift in the car and went to the arcade. He introduced me to bubble tea. He liked kittens and Disney. I thought he was nice.

But slowly the manipulations began.

First it was little things like not taking “no” for an answer when I didn’t want to go out: he convinced me by finally saying it was because he wanted to introduce me to his friends and family. Then it became bigger things like trying to turn me against my best friend, but I rationalized that there are always two sides to every story and it must be some misunderstanding. And then it turned financial.

He started by convincing me to share the benefits of my good credit.

At the first sign of my hesitation he reasoned that, if he were really after my money, wouldn’t he be dating someone who actually had some? I was barely getting by, just keeping my head above water, so this made sense to me at the time. I didn’t stop to question why he felt the need to propose such a defensive argument to begin with.

Playing on my history of unhealthy relationships as well, he claimed that pooling resources was what mature couples did: He had the better job; I had the better credit. But the Meijer card that was supposed to be our emergency grocery and gas fund? He used it on Red Bull and video games.

When I broke up with him, he claimed that everything he owed me had been a gift.

Of the hefty amount he’d spent, he paid less than 5 percent of it back, and when confronted he smugly pointed out that we’d had no written agreement. I did have a number of text messages, however, that should have held up in court, so I looked into suing him. After seeking legal counsel and receiving two concurring opinions, it was understood that—even though I was likely to win—he would be deemed “uncollectible,” as his wages were already being garnished.

The situation left me feeling helpless and dirty. My car was repossessed. I was eventually served lawsuit papers over what he never paid, and had to file bankruptcy.

But for all that he took me for, I was also able to tell him “no” on multiple occasions.

He tried to convince me to take out a business loan so he could buy high-end gaming equipment. His plan was to make money streaming live, hoping to make it big like PewDiePie. And when I refused, insisting that we begin to pay off what we (he) already owed, he attempted to guilt trip me by claiming that I wasn’t being supportive of his/our future.

He also thought we should take advantage of an SUV “bogo” promotion that was going on at the time, which would tie us together in yet another financial circumstance.

And then he suggested I move in with him.

This was a potentially powerful maneuver on his part as he angled for more control over me. There would be more financial entanglement, of course, but on a far more precarious level: I would be subjected daily to his manipulations, and the very roof over my head would be at stake.

Again I use the word “lucky” to describe myself with a sick taste, but lucky I was. I had already experienced how difficult it is to break up with someone when you live together and money is tight. I was not going to fall into that trap again.

Financial abuse was not that only abuse that he engaged in.

Statistics say that this variation is often used to perpetuate others — 98 percent of the time, to be exact. In my case there was plenty of gaslighting. There was emotional and sexual abuse.

He tried to turn me against my best friend. He convinced me to do things I was ashamed of. And if you’ve never been in this kind of relationship, it’s hard to explain why I didn’t immediately run in the other direction.

He knew how to make the ridiculous sound reasonable. He knew how to push for my sympathy. He was a skillful manipulator, adept at twisting appearances to his favor. He was always ten steps ahead, strategizing, seeking the checkmate.

And yet I saw a light within him—a person who was ready to move beyond his past, the person he said he wanted to be. I placed my faith in that person, and I will never know if he never truly existed, or if it was someone he just didn’t know how to be. Maybe that light was just another lie.

For others, the story may be very different.

They might make comparisons and think, “It’s not that bad.”

They might fear judgment or ostracization for ending their marriage.

They might even truly believe they deserve no better, or that they could never make it on their own.

So yes, I am lucky. I made it out. And here is what I learned.

A manipulative abuser will gaslight you, coming from every angle to make themselves appear right and make you seem wrong. If something feels like a red flag, it probably is. Listen to your internal warning system and let it guide you away from danger.

2. Stand your ground, even when it’s exhausting.

They will do their best to wear you down until you run out of reasons to resist. They will ask and beg and argue and belittle and rationalize, and the frightening part is that it will probably make sense. Don’t give in. You know what is right for you. Trust that.

3. An explanation is not required.

Not for them, and not for yourself. You are justified in walking away from circumstances and people that make you feel threatened, regardless of whether or not you can explain it. And you owe them nothing. Trying to explain why you’re leaving will only be met with more gaslighting.

Abuse isn’t always a black eye, or even insults and degradation.

Sometimes it’s having a comeback to every refusal until you’re too mentally beaten down to argue anymore.

Sometimes it’s all the right words with all the wrong intent.

Sometimes it’s wheedling and cajoling and convincing from a silver tongue laced with poison.

And while all varieties of abuse are terrifying, infuriating, and damnable, I feel that financial abuse is the stickiest of all. It is the web that holds you captive as the spider has its way, leaving you desperate, vulnerable to other forms of attack and manipulation (e.g., sexual, mental/emotional, physical).

If you take nothing else away from my story, know this:

If you think you might be a victim of financial abuse, please reach out and seek help. You can also click here for answers and assistance.

Justin Haley Phillips is a free spirit, an adventurer, and a wordsmith. Her passion lies in helping courageous women harness the power of their stories to heal their lives and change the world. If you’d like to connect with Haley on Facebook, click here to join her free writers group for learning, laughs, and inspiration.

Previous Our Future Is Bright—Why Worry?
Next How to Stop Worrying About the Future and Start Living Your Life Now

If You Want a Healthy Relationship, Value Yourself

When You’re Unhappy and Want Things to Change 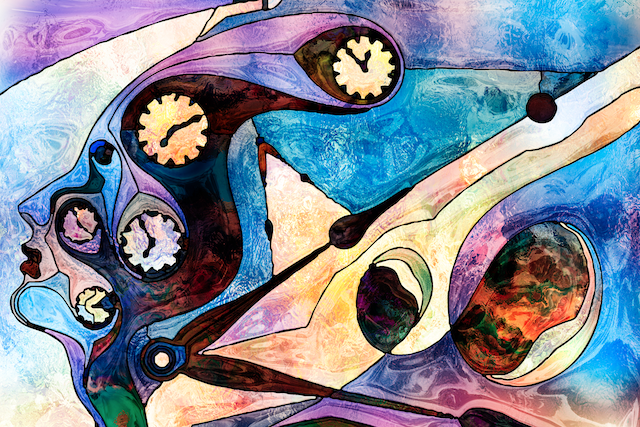 “Remember then: there is only one time that is important and it is now! The present moment is the only time when we have any power.” ~Tolstoy

Stop for a second and tell me: What were you thinking about just …

The post How the Past and the Future Can Rob You of the Present appeared first on Tiny Buddha.