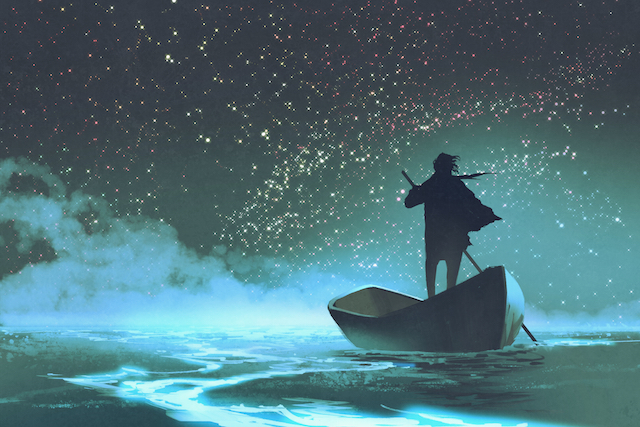 Escaping the stale, re-circulated air of my office, I fled down Main Street in pursuit of freedom from the routine of the day.

A rusty bell clanged against the door of a dusty used bookstore when I pushed it open.

Scanning the horizon of bulging shelves and teetering stacks of magazines, my eyes suddenly met his and my heart began to race.

They were the blazing orange eyes of an African lion on the dog-eared, sun-faded cover of a National Geographic magazine.

I hadn’t seen those eyes in thirty years, but their impact on me hadn’t faded.

As a kid I use to spend hours dreaming within the pages of these very magazines before cutting out pictures of unsuspecting lions and elephants to carry them around in a small wicker basket—a somewhat seventies version of a vision board.

One Sunday night, I brought a three-page book I had written about these magical creatures, complete with pasted-in cut-outs, to the dining room table where everyone had gathered for dinner.

Feeling proud with accomplishment, I handed it to my dad, a retired Naval officer, who held it up and began to read it aloud—only soon he couldn’t read anymore, for he was laughing so hard and so was everyone else.

Of course they were just laughing because they thought it was cute, but I was only six years old. How could I possibly have known that?

That day I stopped playing with magazine cut-outs of African animals and writing silly little stories to paste them into.

That day I stopped dreaming about Africa.

Have you ever had a dream that got away?

Have you ever wanted to do something—paint sunsets, sing opera, run marathons, design skyscrapers—but stopped yourself before you even tried because it wasn’t realistic, practical or, in line with what your family/friends/co-workers expected of you?

When we shelve our dreams, the human experience runs the risk of feeling more like a life sentence of obligations.

When the lunch hour was up I returned to work with an African lion tucked under my arm.

In the days that followed, I looked at that magazine often, dreaming of being under a blazing crimson African sky, only now that sky was clouded with regret.

The opportunity of spending a ‘gap year’ volunteering in Africa or joining the Youth Corps had long since passed.

Or had it? Yes, it’s true I couldn’t go to Africa for several months, but maybe I could volunteer in Africa for a few weeks.

Over the next several weeks I gave myself permission to at least play with the idea. I began to research short-term volunteer opportunities in Africa with lions, elephants, and all the other magical animals I use to tote around in that little wicker basket.

I began to budget, barter, and save, determined to make it happen.

Even that old, worn-out lion on the magazine cover seemed to be perking up as the puzzle of a plan began to come together.

Months later that lion, now freed from its magazine, was tucked into my passport folder as I boarded a plane for Cape Town, South Africa to volunteer on an African animal conservation project.

Thrill and excitement deafened the echoes of friends and co-workers who thought I was going to Africa because I was ‘lost’ or approaching a mid-life crisis.

No, I’m going to Africa because I want to stop saying, I wish I’d done it sooner.

With big, strong hands on his hips, he eyed my tennis shoes and embellished denim clam diggers and said,

“Let me guess, you’re here because you dreamed of Africa.”

He grunted and said, “Well it’s time to wake up, Canada. This is a working game reserve; these are wild animals.”

“You’ll be sleeping alone over there in that tent. The electrical wire mostly keeps the animals out.”

“And one last thing, Canada. Out here you’re going to have to learn to play with a lion’s testicles.”

“Relax, Canada,” he said. “It’s a local expression. It means you’re going to have to get out of your comfort zone, take some risks. Have the courage of a lion.”

The next morning when we began our patrol in an open-air jeep under a symphony of red, orange, lavender, and yellow hues playing above as the African sunrise came to life.

Silhouettes of giant African elephants appeared in the morning mist.

I was no longer dreaming in the pages of a National Geographic magazine, I was living them.

Moments later Gary parked the jeep and handed me a rusty, heavy shovel and said, “Time to shovel sh*t.”

Elephant dung. Mountains of it. It will be used as fertilizer in the reserve’s sustainable vegetable garden.

Within fifteen minutes my back was aching, and my new work gloves were stretched out and so slippery with dung and sweat that they refused to stay on my hands.

This wasn’t the dream of Africa I had. This was beginning to feel more like a nightmare.

I began to question myself.

You came all the way to Africa to shovel elephant dung?

Maybe my dream of Africa was a silly childhood vision.

Maybe I was lost and should have spent this money on therapy instead.

What would my friends and co-workers say if they could see me now, knee-deep in dung, barely able to lift this antiquated shovel?

They’d think I was a fool.

Humiliation began to creep over me, engulf me even.

But then I remembered Gary’s words; playing with a lion’s testicles was a huge step out of my comfort zone. I needed to have the courage of a lion. Lions don’t complain. They’re the king of the jungle because there’s nowhere they won’t go.

And the lioness is the hunter, the conqueror, the fearless female who doesn’t back away from anything.

This elephant dung will help feed a village, and I get to contribute to something meaningful, something bigger than my mouthy little ego.

Get out of your head and focus on that.

I dug in deep. This was my dream, to come to Africa. As I became heavy with appreciation, the shovel lightened up.

Days were spent rebuilding roads one stone at a time, by hand, darting a grumpy Rhinoceros who needed hormone therapy, tree planting within the lion’s camp as a pride of (satiated) lions looked on and moving more mountains of elephant dung.

The elation, the satisfaction, the joy of being in this place was even greater than I had imagined and dreamed.

It was the first time in my life I felt real and true meaning.

It was the first time in my life I felt purpose.

It was the first time in my life my soul was satisfied.

And the irony was, it was the first time in my life I was paying to do a job instead of getting paid to do one.

The more I gave of myself, the more I received.

As my project came to a close, I removed the now almost unrecognizable lion cut-out from the pocket of my denim clam diggers and placed it with a young tree sapling in the lion’s camp.

I no longer needed to tote him around for my dream of going to Africa had been realized.

Sometimes we believe our dream has to be huge and world-changing, or at the very least net us millions of dollars so it has the stamp of society approval on it.

The shadow of regret is only ever a decision away; we can keep it at bay by having the courage to play with our dreams.

So how do we play?

P – Give yourself permission to pursue possibilities and reshape your dreams to meet your current reality.

L – Lay low. Don’t feel like you have to tell everyone what you’re going to do. Tell them what you did, that way you won’t be bogged down by other’s fears and doubts. Not everyone will be your cheerleader.

A – Acknowledge your fears and doubts. When they appear, it means you’re doing something that’s meaningful to you, otherwise fear wouldn’t bother showing up.

Y – Why not? You deserve to play, to discover and uncover those things and experiences that make your heart beat a little faster. You are worthy because you were gifted the gift of life.

You don’t have to go to Africa to play with a lion’s testicles. You can play wherever you are.

Melissa Haynes is an author, TEDx speaker and mom to two princesses who rule her kingdom of chaos. She is a wildlife advocate, chaser of dreams and cheerleader to everyone else pursuing their dreams. Her book, Learning to Play with a Lion’s Testicles, can be found here. Her TEDx talk by the same title can be seen here.

The post Life Is Short—Don’t Wait to Do What You’ve Always Dreamed of Doing appeared first on Tiny Buddha.

Previous What are YOUR character strengths?
Next How Our Smartphones Are Disconnecting Us and What To Do About It 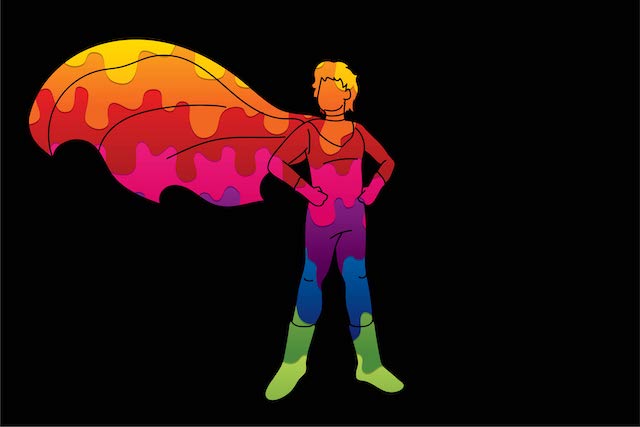