Self-Help News
Home / Self-Help News & Trends / Life Is Better When We Focus on What We Appreciate, Not What’s Lacking

Life Is Better When We Focus on What We Appreciate, Not What’s Lacking 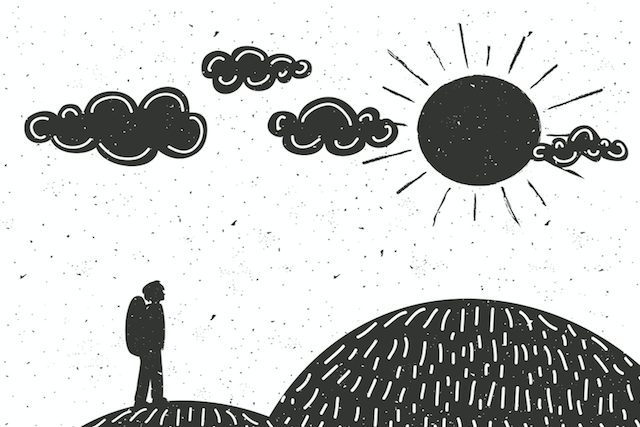 “Wisdom is merely the movement from fighting life to embracing it.” ~Rasheed Ogunlaru

Recently a friend told me a story about taking her seven-year-old to the circus. It was a wonderful mother-daughter outing. Just the two of them, no pesky brothers or dad tagging along and getting in the way.

They had the best time. They watched acrobats and clowns and all manner of brand new delights, gasping at one another gleefully at every new feat. They bathed in each other’s company without interruption, laughing and having fun. Literally all the things.

After this magical afternoon, as the two of them were leaving, my friend’s daughter spied the merchandise stand and wanted her mum to buy her a plastic fairy wand. My friend gently but firmly said no.

In the car on the way home, her daughter was quiet.

“What did you like the most? What was your favorite thing today?” my friend asked her.

She was sulking. “I’m just thinking about the wand I didn’t get.”

I’m just thinking about the wand I didn’t get.

How many of us fixate on the wands we didn’t get, even amidst the most wonderful experiences?

How often do we hone in on the one negative comment, or the thing that isn’t right instead of what is positive or right?

How can we just see what is rather than disproportionately focusing on what isn’t?

For myself, the wands I didn’t get loom most darkly now that we are in the age of the Internet. As much as I am a huge advocate for the awesomeness of online life, something that sucks me into a vortex of wishing for what ‘isn’t’ are reviews.

I read reviews like others might read a newspaper. Cover to cover, looking for bias or bad writing or things I might not like, as well as things I’m sure I will. Inevitably this can lead to disappointment when I finally get to experience the actual thing I’ve been reading about for months.

I turn up to a new café or a guesthouse and find myself honing in on what isn’t:

“It said in the review that there was a 180 degree view, but this is only front-on.”

“It said in the review they had lots of vegetarian dishes, but I can only see three and they don’t look that great to me.”

“This house manager is frowning at me. The review said they were like family by the end of trip. How is that possible with this grump?”

When my friend shared this anecdote about her daughter and the wand she didn’t get, it was very timely.

A much-needed slap in the face, really.

Here’s what I began thinking about:

Which practices drag me into a space of entitlement and loaded expectations, and which practices make available a stronger sense of appreciation for what Is rather than what Isn’t?

One thing is to be less obsessed with reviews, obviously.

Another is to really spend some time reflecting on how I experienced life before the Internet. How I traveled, what behaviors, what choices opened up a sense of wonder about the every day world?

In the last few months of digital nomad life, I’ve been much more inclined to just show up and try stuff out rather than worrying about what lots of folks thought.

Here are my rules:

I discovered a wild beach, and while it was unswimmable (which would normally drive me crazy), it was pretty much deserted and the waves were mesmerising, provoking an infinite number of thoughts.

I also talked with a woman walking her dog there and found out about another beach closer to our new home. I then learned that even though the Indian restaurant doesn’t deliver at 3am she can get a box made up to pick up for her night shift (which might come in handy one day in a town where occasionally everything shuts by 8pm).

I unwittingly drank the best coffee of my life.

I lay in the still and stifling heat of the night in a tent, initially angry that I hadn’t known how hot it was going to be. But then I reminded myself there was nothing to be done but just accept it, lie very still, and I actually fell asleep, awaking refreshed and excited about the day ahead.

I jumped on buses after asking locals which ones, and they were always right, even though there were a few scary “where the hell are we?” moments.

After receiving a difficult email, I stopped. I listened to music and physically felt myself calm down (as well as rediscovered a few albums) instead of freaking out, scanning social media, and increasing my anxiety.

I’m finding myself naming the things I like first:

This room has great airflow.

There are fascinating trees on the headland.

The music is fantastic.

The people crowding in the pool are smiling a lot and having fun, which is making me smile.

These flowers are beautiful.

The mist (obscuring the view) is mysterious and atmospheric.

I’m learning something weirdly interesting from the radio interview I’m listening to instead of a podcast after my device died.

That part of the meal was lush.

I can hear birdcalls piercing through the heavy rain.

Now that I’m making a habit of focusing on the good around me, I’m finding that I’m more apt to put good into the world, for example, by:

Showing up alone at a community event.

Sending a friend with a broken leg a card in the post.

Taking extra time to offer quality information and support to people in need.

Holding back a knee-jerk reaction and choosing a wiser response in a stressful situation.

The wands I didn’t get are, slowly, fading from memory as I replace them with what I did get—with what is—and here’s what I’m learning: Acceptance and contentment are bringing me more joy and also strengthening a sense of bravery and connection while on this adventure of rediscovering daily life.

You know what else?

That wand would have been the highlight of my day… for all of five minutes. Then I’d be back to feeling bad and annoyed about the ice cream I didn’t get, the criticism I received over the praise, and the rain that came after the sun (and appeared to last so much longer).

Most of us really do have a lot. And while it’s great to acknowledge sadness and disappointment (especially when it’s more than warranted), and to speak up when something really is wrong, it’s equally important to get on board with what is.

To know when it’s just a plastic wand and nothing more.

And then get on with the business of appreciating that amazing day at the circus.

Coz you just never know when you’ll be here again.

Nicole Hind is an Australian online counselor who fiercely believes that we all have stories that deserve to be wrenched out of the shadows, increase a sense of hope, of self-worth, and provide clarity on how to approach challenges for the rest of our lives. If you’re curious go and scroll through her website, she’s open to new inquiries: http://unveiledstories.com/.

The post Life Is Better When We Focus on What We Appreciate, Not What’s Lacking appeared first on Tiny Buddha.