If You Think Contentment Will Make You Lazy and Unproductive 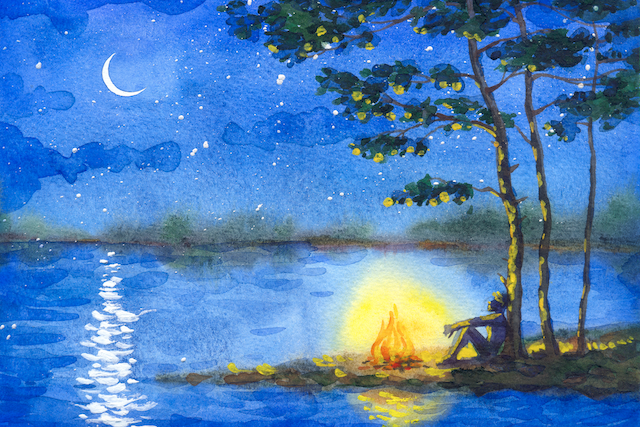 “To be content doesn’t mean you don’t desire more, it means you’re thankful for what you have and patient for what’s to come.” ~Tony Gaskins

There’s a thought I want to share with you that used to keep me up at night.

It’s a toxic idea that caused me stress and burnout and actually got in the way of my productivity and creativity (and more importantly, my happiness).

Nevertheless, I hung onto it, and eventually came to see that it wasn’t just me. It was actually prevalent in many developed societies.

The thought went something like this: If I accept who I am, where I am, and what I have, then I will become unproductive and lazy.

Unconsciously, it boiled down to the following misconception: acceptance = contentment = laziness.

A few years ago, I may not have admitted to you that I believed this, but I certainty acted as if it were true. I was by no means lazy; I was self-motivating and self-employed, working day in and day out. But at the end of the day, no matter how much I had “achieved,” no matter how many things were crossed off the to-do list, I would still find myself sitting at home with two thoughts.

2. I need to do more tomorrow.

These thoughts never allowed me to truly relax, and this caused a cycle of anxiety and tension. At some point, like many of us, I came across the idea and practice of self-acceptance. But no matter how much I tried to tell myself that everything was okay, I simply couldn’t feel that this was true. I couldn’t shake the thoughts about not having done enough, not being enough, not being content with the moment.

Unsurprisingly, this was terrible for my mental health.

Finally, I was talking about this with a friend of mine, and they casually asked me the following question.

“What would having done enough actually look like to you?”

And then it dawned on me. I had absolutely no idea. In truth, there was no such thing as enough—it was a constantly moving target. “Having done enough” was just a vague notion I used to fuel this myth of anxious productivity that I’d bought into.

I even started to realize that the opposite was true. When I accepted whatever was happening, I would be more content, and when I was more content, I would have more energy and confidence, which translated to more productivity.

Humans are creatures of habit, and it was ritual and routine—not fear and anxiety—that would determine what I achieved. The worry that had driven my life for years was a complete falsehood!

I’ve learned it’s possible to be both content and productive—no anxiety required. Here’s how.

If you’re stuck in the habit of feeling you never do enough, don’t try and challenge it all at once. Try letting go of your attachment to a couple of ideas and see where it gets you. For example, maybe you feel that relaxation is something you only deserve on days where you’ve completed your to-do list. You could reframe this so relaxation is something on your to-do list that is a priority rather than a bonus.

If you’re convinced that feeling content with some aspect of your life could be detrimental, why don’t you try it out?

Why don’t you try a week where you don’t stress yourself out about eating clean, going to the gym, or working on some non-essential project. Record what you do anyway, then compare the difference in outcome between weeks where you are allowed to feel content regardless of whether you meet all your expectations, and weeks where you anxiously push yourself. You may find that you do more than you expected you would without the internal pressure.

After a while you may also find that your sense of contentment doesn’t hinge upon your day-to-day achievements—but if it does, then maybe you need to look at reward-based motivations, rather than punishment-based motivations.

3. Focus on the process and not the outcome.

This is time-tested wisdom, but it’s not always easy to follow. Think about it as a value you have, rather than something you do or a skill you acquire. To value the process over the outcome is to place your attention on what you are doing rather than why you are doing it.

Fixating on the end result or outcome makes it easy to get trapped in cycles of future-oriented rumination. This is not only unpleasant, but also takes up energy that you could devote to the task at hand. On the other hand, if you focus entirely on the immediate task—the what and not the why—then you are more likely to fall into the flow-state, and less likely to fall victim to worries and mental chatter.

There are two ways we can look at the idea of hope. One is the hope you have when you want or desire something. Like when you hope for a promotion or a bigger car. The other is a more general and vague sense of trust that you have. Like, I have hope that things will turn out okay.

If you can reduce the first type of hope, the desire for something else, while increasing the second type of hope, trust that everything will be okay, then self-acceptance will become a habit, not just an ideal.

Economist John Kay calls this process obliquity. Sometimes when we strive aggressively to achieve a goal, we can trip over our own feet. This is why some goals, such as happiness, are best achieved by taking an indirect route.

If you feel that you need to do more, but that feeling is never going away, maybe it’s time to try experimenting with the feeling that you can try and do less?

How have you struggled with feelings of self-acceptance and the belief that you’ve never done enough? Let us know in the comments, we’d love to hear from you.

Benjamin Fishel is an author, trainee-therapist, and the creator of the popular blog Project Monkey Mind. He holds an MSc. in Applied Neuroscience and is on a mission to help people use personalised meditations to improve their mental health. To learn how to calm your mind (once and for all!) using brain science and spirituality, follow him on Facebook and grab his FREE cheatsheet 7 Psychological Hacks for Depression & Anxiety (in 5 minutes or less).

The post If You Think Contentment Will Make You Lazy and Unproductive appeared first on Tiny Buddha.

Previous When Relationships Hurt: How I Stopped Blaming My Ex
Next How to Create a Healthy and Lasting Romantic Relationship 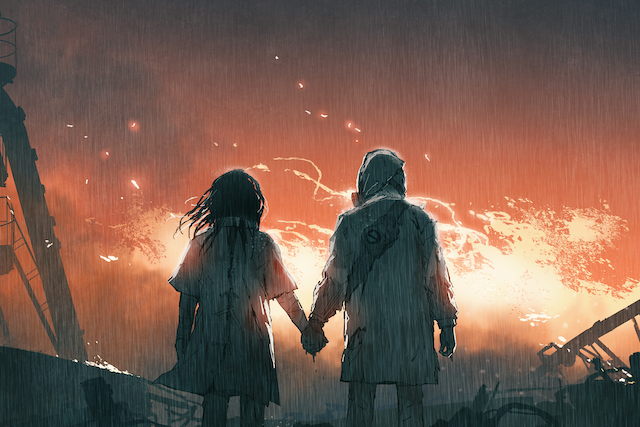