How to Relax in Meditation When You Have a Busy Mind 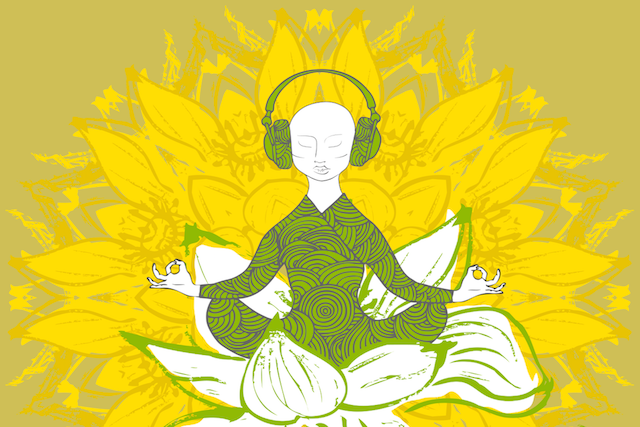 “The Tao is always at ease. It overcomes without competing, answers without speaking a word, arrives without being summoned, accomplishes without a plan.” ~Lao-Tsu

As a longtime meditator and participant in the awakening process I am constantly on the lookout for hints that illuminate the path. I am open to these hints regardless of their source, so many of my teachers have been young children.

We may have many differing reasons to practice mindfulness and meditation. Regardless of the specific motivation, all meditators experience distraction and mental rebellion from time to time, and it can be quite frustrating. Many new meditators never get past the frustration and ultimately give up before they see the fruits of their efforts.

Although I never had a formal meditation teacher, I became engrossed in my own meditation process at a fairly young age.

Fortunately for me, I learned a lesson from an unexpected teacher, fairly early in the process, who helped me to transcend distraction and mental rebellion during meditation and throughout daily life. I’d like to share this lesson with you in hopes that it helps you to get more out of your meditation and life.

My wife regularly visited a large park in Tokyo for weekend strolls, picnics, and to walk the dogs. One day at the park a young Japanese girl unwittingly became my teacher.

We had agreed to meet a friend, Yuuji, for a picnic one Sunday. Yuuji brought his wife and his eight-year-old daughter, Kotomi, and we brought our dogs.

One of our dogs, Leila, is a Chinese crested dog, which is a small breed. Kotomi really loved dogs and wanted to walk one of ours, so we let her take the lead for Leila.

Kotomi was so excited to walk a dog for the first time! It would also be Leila’s first walk with a stranger.

My wife taught Kotomi how to hold the leash, how to keep Leila next to her during the walk, and so on. Kotomi listened and nodded that she understood.

Our little Leila was always great on walks, but as my wife handed Kotomi the leash, Leila looked at me incredulously. Clearly this was going to be a battle of wills.

Leila totally ignored Kotomi’s lead and began sniffing here and there to her heart’s content. Kotomi, feeling Leila’s weight on the leash, pulled the leash over her shoulder and leaned into the walk, forgetting all technique.

Not wanting to submit to this stranger, Leila leaned back against the leash and bucked against the girl. Kotomi just kept moving forward as if Leila wasn’t even there.download full movie A

I kind of felt bad for Leila, but she wasn’t experiencing any physical harm. She was testing her new walker, which is not uncommon for dogs that have never been walked by anyone other than their family members. Curiosity had me, and I wanted to see how this scenario would play out.

Leila put up a great fight, but it was all for naught because Kotomi seemed oblivious to it. She was just excited to be at the park. I wondered if she had forgotten that there was a dog on the other end of the leash.

After five minutes, I began to wonder how long Leila could keep up her fight. Ten minutes passed with Leila still locked in resistance mode, so I considered taking the leash myself. But then, like the flipping of a light switch, Leila joined the walk.

Just like that, she surrendered to Kotomi and began smiling as she walked next to her new friend. For the rest of the day she was the perfect dog. She sniffed, wagged her tail, and even let Kotomi pick her up, the first stranger ever to do so successfully.

Kotomi had won a fight that she never even took part in! She just moved forward mindlessly.

After this experience I began applying the “forward motion” principle to my meditations to astounding effect. I just gave up any expectation that my mind was going to cooperate and instead simply moved forward.

How does that principle play out in meditation?

You know how it can be in meditation: The mind gets distracted again and again. There may be some physical aches and pains that the mind clings to. Then the mental resistance starts with statements like, “I’m not doing this right,” or “I have too much mental noise,” or “I don’t feel like meditating today, I’ll do it tomorrow instead.”

But now is the only time that we ever have! Tomorrow never was and never will be. It’s a figment of the imagination. Either we are moving forward in the moment or we are not.

Admitting the reality of now, I decided to sit in meditation for the allotted time, regardless of how my mind felt about it. I was not going to let distraction or frustration have any power. I determined to let the mind fight the good fight, while I moved toward my goal of deeper relaxation and clarity.

My mind was worried about work-related issues, reminding me of things that I already knew. Here’s what happened.

“Did you check the tests for grammar errors?” I took a deep breath, tensed my entire body and released it, relaxing my body and expanding my awareness globally.film Beauty and the Beast 2017 trailer

“Remember to ….” In midsentence I tension-released into spaciousness.

I began to notice that my mind would go into little frustrated narrations when a thought arose, “Jeez, another thought,” or “Ah, again,” or “When is this going to stop?” Then it occurred to me that my reactive opinions of thoughts are also thoughts, so I decided to relax and expand at each such occurrence.

After a few minutes of expansive releasing, secondary thought ceased, but there was still the feeling of frustration when primary thoughts arose. I then included feelings into my breath-releases.

In short order, thought felt far away. Although thought still occurred, there was no feeling that it was my thought.

The breath-release-expansion continued at each distant thought, and after a time overt thought and emotion ceased entirely.

What was left were just little blips of thought and emotion, unformed and out of context. They came up out of the unconscious like little ripples in the stream of awareness.

There was a sudden insight into how the mind worked. Thought begins with these tiny little blips that the mind reacts to habitually by stringing them together with memories, effectively creating narratives, stories, and images that pull awareness out of the present.

It was like seeing behind the curtain in The Wizard of Oz, only to find a weak-willed con man at the controls. A debilitating illusion was broken.watch movie Buena Vista Social Club: Adios now

The lesson of moving forward worked! Just like every little step that Kotomi had taken in the park, so I moved forward, step by step, into a timeless clarity that was interrupted only by a beeping alarm. Thirty refreshing minutes had passed.

So, when you sit down to meditate, decide how long you are going to be there and be there for that allotted time, relaxing ever deeper into expansiveness. Accept that the mind will sniff here and there and rebel. Just keep moving forward through relaxed awareness into spaciousness.

Eventually something unexpected may happen. Before long the mind begins to follow your intent, silencing quickly.

When you stop fighting the mind, something else unexpected may happen. You may also cease to concern yourself over the mind’s assumptions, opinions, narrations, regrets, instant replays, and so forth.

Once there is insight into the mind through direct experience, there is no longer any need to fight or correct it. The dog will come along once it tires of the fight, and before you know it, you will have a new friend who supports your meditations—and your life.

Richard L. Haight is author of the number-one bestselling book The Unbound Soul: A Spiritual Memoir for Personal Transformation and Enlightenment, as well as a teacher of martial, meditative, and healing arts. He helps people on their personal awakening journeys. You can download his free, 13-part audio series, Taking Spiritual Authority in Daily Life, at www.richardhaight.net.

The post How to Relax in Meditation When You Have a Busy Mind appeared first on Tiny Buddha.

Previous Rethinking What Really Matters: The Four Most Important Things in Life
Next Using Hypnosis To Better Yourself