How Defensive Pessimism Can Help Ease Your Worries “Worry does not empty tomorrow of its sorrow. It empties today of its strength.” ~Corrie Ten Boom

You know if you’re a worrier.

You worry about all kinds of negative things happening, without any evidence that they’re likely to happen.

It’s only been in the last few years that I’ve become conscious of the extent of my worry and the impact it has on me, and of how ineffective it is.

My worry paralyzes me, making it hard to think, plan, or act.

But, as anyone who is prone to worry knows, worry can feel productive. It feels like you’re doing something useful.

When I’m told to relax and stop worrying about something, I will defend my worry. Justify it. It feels right!

But here’s the problem.

Worry is the most useless habit, a decoy, a waste of precious time, energy, and attention.

And it completely undermines your self-confidence.

Worry doesn’t actually do anything to help prevent the future outcome you’re afraid of.

In fact, in some cases, it can make it more likely to happen.

I had my first serious relationship in my early twenties. The more serious the relationship became, the more afraid I felt.

I hadn’t felt so vulnerable before. It felt like such a risk. I was opening up to someone and showing them who I was, when there was a chance that they could decide that they didn’t like what they saw.

I started to worry more and more that he would leave me.

I became more insecure and jealous. When we went out, we would inevitably end up fighting.

I felt so out control, and the more I worried, the less in control I felt.

Over time, I recognized that my lack of trust in myself to cope if he should leave was at the heart of my worry.

The more I became conscious of what I was doing with my worry, the more ridiculous I realized it was.

I was spending so much time and energy worrying about what could go wrong that I wasn’t enjoying what was in front of me.

In fact, it was quite likely that if I kept on doing what I was doing, I would contribute to the relationship ending.

Developing Trust in Your Ability to Cope with the Worst

While many people encourage positive thinking, it turns out that for people prone to anxiety, this may not always be the best advice.

This is a strategy called defensive pessimism. It’s a way to help you manage your worry so that you can plan and act effectively, and build your confidence in your ability to cope with challenges.

Here’s how it works:

When you notice yourself worrying about something, stop.

Ask yourself what you’re worrying about. When left to its own devices, your worry will just run on autopilot, bringing you all kinds of negative possibilities, but you probably won’t even realize that you’re doing that.

All you’ll be aware of is that you don’t feel good.

So becoming conscious that you’re even worrying is a difficult but important first step.

To which you’ll responds, either aloud in in your mind something along the lines of: “But what if I’m not? What if it goes terribly and I humiliate myself?”

That’s where defensive pessimism kicks in.

Instead of trying not to think about it, you allow yourself to think about all the things that could go wrong. Then you start figuring out how you’ll handle things if they do go wrong.

What if I do humiliate myself? How would I deal with that?

Asking yourself those questions and developing plans to cope has been shown to help anxiety-prone people feel more in control, and is a far more effective worry strategy than “Don’t worry.”

For me, being reassured by my boyfriend or other people that he loved me never seemed to be terribly effective. But when I started allowing myself to think about what I would do if he did leave me, how I would cope with the pain and grief, I started to worry less and be more present and real in the relationship.

I realized that I was allowing my whole sense of self-worth and value to hinge on someone else’s approval.

If I was rejected, then I would see myself as not good enough.

Once I realized this, my plan became working on my self-worth. I practiced recognizing when I started feeling vulnerable and would change the story I was telling myself and the assumptions I was making. Therapy played an important part in helping me shift the beliefs that were making me feel insecure and inadequate.

I practiced changing my self-talk to become more encouraging and supportive. I’d say things like “Even if we break up, it doesn’t mean there is something wrong with me. We’re both learning and growing all the time, and our needs may change.”

I also realized that I was underestimating my ability to cope with and recover from challenges.

Just reminding myself of my own strength, the challenges that I’d overcome in the past, and my network of supportive family and friends helped me realize that although I would grieve the end of the relationship, I was far more capable of coping with it than I was giving myself credit for.

Focusing on these aspects, rather than on endlessly and unproductively worrying, has been key to shifting my confidence, both in my value and my ability to cope with challenges.

Alison Breen is a Psychologist and Mentor who helps sensitive, ambitious women build the confidence to create successful businesses without burning out. Sign up for her FREE email course to increase your confidence and decrease your stress and overwhelm while creating or growing your business.

The post How Defensive Pessimism Can Help Ease Your Worries appeared first on Tiny Buddha.

Previous What do you believe?
Next Tips for Becoming a Morning Person 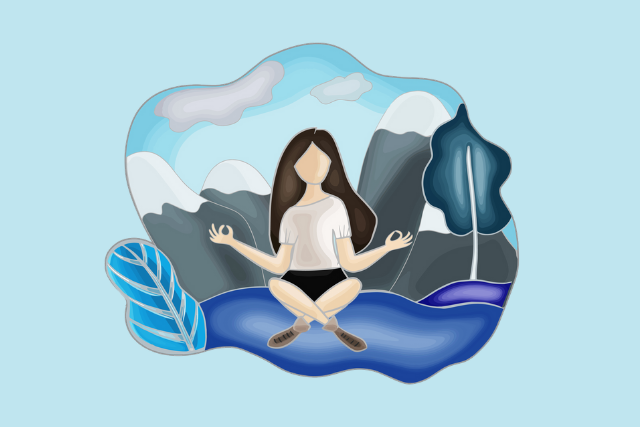