Even When You Aren’t Sure What to Say, Don’t Be Silent

I recently had the honor of introducing Emily McDowell and facilitating a Q&A session with her at Powell’s for her new book, There Is No Good Card for This.

You probably know Emily’s work even if you don’t know her yourself. She’s the creator, designer, and entrepreneur behind a line of greeting cards and related products, all with the goal of facilitating interaction between “the relationships we really have.”

Here are a few of her popular cards (order yours online or from one of 2,000 stores around the world):

During the Powell’s event, she talked about something that is front-and-center in the new book:film Alice Through the Looking Glass streaming

She was referring to those times in life when tragedy strikes or we encounter someone going through a very difficult situation. Much of the time, we don’t know what to say—because sometimes there aren’t any good answers to those things—and so we tend to be silent.

Emily says that we should not be silent. People going through very difficult situations usually know that there aren’t any good answers. They don’t need to look for silver linings or be told that “everything happens for a reason,” or that you can cure cancer by being optimistic and using the right essential oils.

However, even though there probably isn’t some great wisdom you’ll be able to offer, you should still say something. Say that you care. Say that you’re sorry this thing happened. Say that you’ll be thinking of them, praying for them, or just mindful of them.

If I’m not mistaken, I believe she also said that this was the single most important thing she wanted everyone to go away with—you know, that “if you forget everything else, remember this” moment.

You’ve probably heard the old saying, “Be kind, for everyone you know is fighting a tough battle.”

Do you know someone fighting a particularly tough battle? Don’t be silent. Choose to say something. 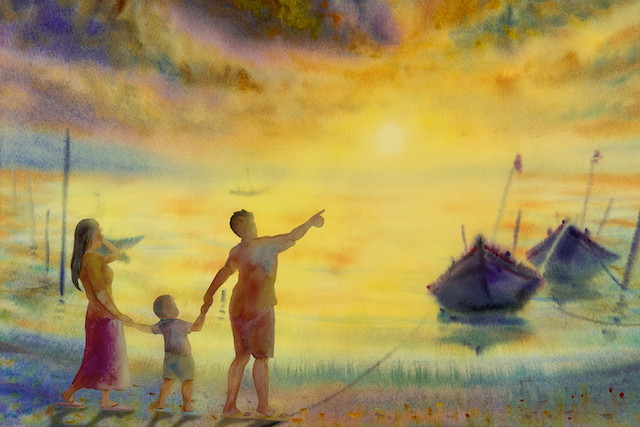