Self-Help News
Home / Self-Help News & Trends / Do What Excites You: How to Push Through Fear & Make Bold Choices

Do What Excites You: How to Push Through Fear & Make Bold Choices “You’ve got to do things that feel unnatural if you want to grow.” ~Jon Morrow

“What do I have to pay you to make you stay?” he asked.

I just stared at him. No words would come.

More silence. But my inner voice was anything but silent. I was consumed with doubt and deafened by the bloody battle raging inside my head.

On one side was caution, armed with the strong, fight-to-the-death breed of soldier. Her battalion was fuelled by countless victories over the dozens of glorious ideas that had fallen on their swords before.

On the other side was courage, armed with nothing but hope and crazy determination. There was no battalion. Only a thin veneer of pluck.

I could have balked at any moment, backed down from my insane plan and taken the easy way out. I could have taken the lucrative job at one of London’s top investment banks that was being offered to me on a silver platter.

But my gut screamed, “No, you’ve got to go! You’ll never find what you’re searching for if you stay.”

Days later, as the plane touched down in the Russian capital, my breath caught in my throat.

A lone, skinny, baby-faced blonde with a crazy notion to catch the train across Siberia.

What the hell was I doing? Caution had stowed away in the recesses of my mind and now screamed in my ear.

Was I mad? Probably. Was I terrified? Definitely. Was I excited? Out of my skin.

Looking back, I believe courage won the battle that day because it was backed by my overwhelming desire for discovery. I wanted to discover the world and my rightful place in it.

And the reason it won? Because I listened to my subconscious mind.

The subconscious mind is the feeling mind. Its ancient roots are primitive, and it’s the home of emotions such as fear, anger, and desire. The subconscious is powerful and tireless. Within it, both my fears and desires became formidable forces. But desire was stronger.

The subconscious’s nemesis, the conscious mind, driven by logic, reason, and foresight, showed its face in the battle that day as caution and attempted to derail my desire.

But it’s a fundamental truth that whenever the two minds are in conflict, the subconscious always wins. Deep emotional feelings overpower reasoned thought every time.

Deep inside my subconscious mind, I knew I was searching for something I could only find by pushing myself to my limits.

I knew I’d never find it if I continued with my dreary job. I knew that if I’d not found it in my current life already, it wasn’t there. I knew I needed to look someplace else.

I knew I had no choice but to go.

So I went. Here’s what I discovered on my journey.

Discovery #1: Fear works in two ways: it will make you run or it will paralyze you.

Fear is a curious beast. It manifests itself differently in everybody, but the result is always the same – you fight like heck or you run as fast as you can. But you can’t run or escape a mental threat, so escape becomes paralysis. You escape through inaction. By avoiding the decision itself.

I experienced both impulses, avoiding and fighting, that day. Terrified by what lay ahead, I nearly caved and said “yes, I’ll stay,” as it was the easiest way to flee my crazy idea. But my fight response kicked in, fuelling my swift and steadfast decision to go.

Discovery #2: For every decision you make, caution will present hundreds of safer alternatives.

Successful life decisions are all born as “what ifs.”

It’s easy to be confused by the volume of possibility and the memories of past choices, and miss the best decision.

But the strongest and best decision for me was to leave. Because when I fought through the waves of fear and listened to my deepest desires, going on this journey felt right. The prospect filled me with the most glorious excitement out of all the possible outcomes.

Discovery #3: You’re sharply aware of every door you close but blind to all the doors you could open.

It’s true. Hindsight is a beautiful thing. The trouble is that it shadows our foresight. I could clearly see every door I was closing that day. Each opportunity reared its stubborn head as I slammed the door in its face.

But when it came to my future, I was blindfolded.

None of us have a script for what lies ahead, but we all have a critical role to play in casting the characters and choosing the scenes.

I chose to be a bold, fearless character that day. I wrote the opening scene and stepped through the door.

Life isn’t always easy. In fact, it’s damned brutal sometimes. But every battle you face makes you stronger. You’re better equipped to deal with the next inevitable blow you face.

But I stayed. My resolve had been fortified by my hard-won battles of yesterday.

Discovery #5: The only wrong decision is the one you don’t learn from.

Everybody’s afraid of making the wrong decision. We’re all afraid of consequences we might not foresee.

So how do you know if you’re making the right decision? You don’t. I believe no decision is the wrong one unless you fail to learn from it, whatever the outcome.

If you’re stuck and can’t make a decision, change your view. Take yourself somewhere quiet and think through your options, taking note of how you feel during each moment. The answers are there.

Why my triumphs can be yours too.

My decisions, fears, and triumphs aren’t so unique. Everyone experiences them. You experience them.

Sure, I took the train across Siberia on my own. Not everyone does that. But you can catch your own train.

Your train can go to a safe, predictable destination. And that’s just fine if it’s what makes you feel good deep down.

But your train can also go somewhere uncharted.

It can go through the door to life-changing self-discovery.

Self-discovery that can only be fast-tracked with a bold, insane-feeling decision.

A decision that will sit high atop a mountain of arguments and alternatives.

A decision that will wear the scars of the fight it had with caution, fear, and desire.

But if you think about it long enough, and listen to your subconscious mind, its power will win the fight.

And you’ll be the one writing your life script.

That’s what I chose. Will you?

Miranda Hill helps life-hungry souls get unstuck from the chaos of life. If you want to stop spinning your wheels, hopping from one thing to the next in search of answers, download her “De-Stress In 5 Minutes” [www.grablifego.com] quiz and live more positively today.

The post Do What Excites You: How to Push Through Fear & Make Bold Choices appeared first on Tiny Buddha.

Previous To Fully Heal Your Broken Heart, Make Sure You Do This
Next “You Just Have to Grab the Next Trapeze”: A Former Lawyer Reinvents Himself After Escaping to France 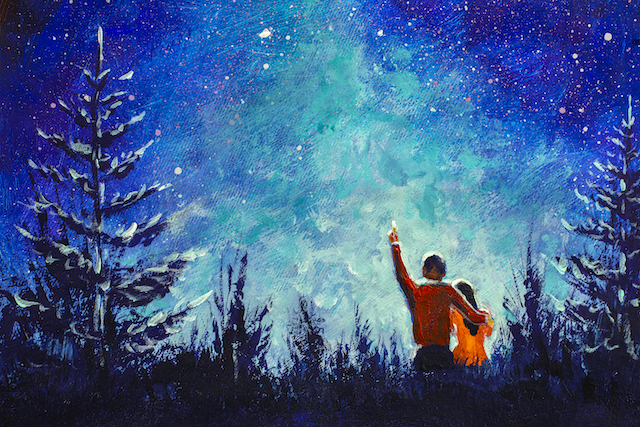