Breaking the Chains of Victimhood When You’ve Been Abused 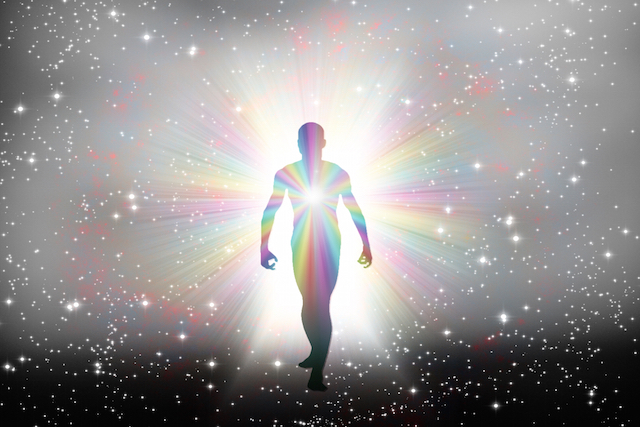 “Toxically shamed people tend to become more and more stagnant as life goes on. They live in a guarded, secretive, and defensive way. They try to be more than human (perfect and controlling) or less than human (losing interest in life or stagnated in some addictive behavior).” ~John Bradshaw- Healing the Shame That Binds You

Most people making these harmful statements and suggestions do so with very little understanding or experience with being a victim. They have not taken the time to really listen to your story of what has happened in your life. They make their judgments from the place of never being a victim or not being willing to accept that they were.

People with a history of victimization do not need tough love, harsh words, or anyone’s reality check. Those things are most likely part of what happened to them. They need love, support, empathy, and compassion. If you are unable to give these things to them, the best thing you can do for them is to please stay out of it!

With that said, how do we break the chains that our victimization has had us bound in for so long? I know that many of the people I’ve worked with, like me, never totally allowed themselves to be a victim. We have lived our lives from the perspective that our victimization was somehow how our fault. It is this thought process that keeps us stuck.

I was sexually abused at the age of five by my mother. At that age, I didn’t have the cognitive ability to understand that my mother was at fault or that she could ever hurt me. I only had the ability blame myself; I must have done something wrong or been bad.

In order for us to break the chains, we must be willing to give the responsibility, shame, and guilt of what happened to us back to our victimizer. When we hold on to these feelings we are kept in limbo. It keeps us trapped between the pain of our victimization and the feeling that we were responsible for what happened to us. It’s no wonder we feel trapped.

In my case I unconsciously chose to bury the feelings from my abuse as deep and hidden in my psyche as I could. Of course, today I know that they never went anywhere except out of my conscious thoughts. Those feelings continued to work in my life like background programs running on a computer. Not seen, but affecting every area of my life.

“I think the first step is to understand that forgiveness does not exonerate the perpetrator. Forgiveness liberates the victim. It’s a gift you give yourself.” ~T. D. Jakes

Forgiveness is the last link in our binding chain. But, how do we get there? The most important thing to understand about forgiveness is that it comes at the end of a process. Very often we stay stuck because we misunderstand this process and think that it starts with forgiveness.

That may work for a while, but it’s like cleaning a room by throwing everything in the closet and closing the door. It’s merely an illusion, and a temporary fix at best. Forgiveness is more than a cerebral action. To be complete it must include our soul, heart, emotions, and our physical body.

I know for myself it had to start with the complete acceptance of the fact that I was victimized. No more minimizing what happened or making excuses for my victimizer. No more false macho pride telling me I was a punk to admit I had been taken advantage of and that it hurt.

My start was sitting alone with myself. No music, phone, TV, or reading material. Just me, myself, and I. You would think that this wouldn’t be very difficult. Well, it was for me, and after about ten minutes I thought I was going to rip out of my skin. The difficulty with it was that I was forced out my fantasy world and into reality. I was no longer running, ducking, dodging, or sneaking away from my life.

It was too much for me to handle on my own, so I decided to seek professional help. I found a great therapist who worked with me one on one and in a group setting. I always suggest to people to err on the side of caution and do this work with a professional.

I was stepping into a part of my emotional world that I had spent a great deal of time and energy avoiding at all costs. I knew that the way to forgiveness was through my abuse and its emotions, not over or around it. To do that, I needed an experienced guide.

In therapy, we talk a lot about recovery by discovery. The peeling back layers of the onion. This describes my journey through my emotional quagmire to a T. As with most things, the first layer was the hardest. That was because my first layer was composed of anger, which has always been the hardest emotion for me.

I had been told all my life that it was not okay for me to be angry. I was too big and I might hurt someone.

When my siblings maliciously teased me and I did not have the words to stop them, my only resolve was to beat them up. In my parent’s eyes, I was then the one acting inappropriately and was punished. By making me the perpetrator in the situation, they basically were shaming my anger.

So a great deal of work was needed for me to be all right with tapping into my anger. Once I became comfortable with feeling angry, the next obstacle was to be able to tap into my anger while working in a session with my therapist and closing the lid on it when I was done.

My anger had been bottled up and pressurized for so long it was like a blast furnace. I had to learn to cap it off so I did not leave with it raging and blast those around me like a flamethrower.

Once that work was done, I learned that the anger was covering my pain. So my process became one of removing layers. Finding and releasing the anger, then feeling and dealing with the pain. Over and over again until I reached its core, which was all pain.

I will always remember spending a whole session with my therapist on the floor sobbing and wailing as my body released waves and waves of pain and hurt.

Then a miracle occurred: I was done. It was over. Not like a faucet was turned off. It was like a vessel becoming empty.

It was shocking and I looked at my therapist expecting her to ask me why I closed down. She looked at me with the most beautiful and empathic look I have ever seen and all she said was “You are done.” Not with all the work that I needed to do but with being a victim of my sexual abuse.

I was now in a place where I could completely forgive my mother with no residual feelings of attachments. I have learned that what works best for me when I have made big shifts like this in my healing is to ground them in a ceremony.

So, I wrote my mother a letter and traveled to where her ashes were cast. I read the letter out loud and then burned it. The last thing I did was to say aloud that I forgave her and have a friend cleanse me with burning sage. I walked away feeling complete and resolved.

Did that mean that I was whole and complete? Of course not; I still had a lot of work to do. But I now knew that I had worked through the biggest and most painful victimization of my life. If I could do that, I could handle and was willing to do any other work needed to be done.

The greatest act of love I have ever given myself was the willingness to do what I needed to do to heal. It no longer feels like work but it is now a blessing I have been given. Every day I pray that all those who need to heal choose to do this work. My hope is that you do!

Paul Hellwig is a Certified Spiritual Life Coach who empowers adult children of alcoholic and addicted families to live the life they have always dreamed of. He is an adult child of an alcoholic and a recovering addict with over twenty-seven years clean. He’s dedicated his life to helping others on their spiritual and healing journey. Visit him at  thejourneytohealing.org.

The post Breaking the Chains of Victimhood When You’ve Been Abused appeared first on Tiny Buddha.

Previous Irene Conlan says “Let’s Chat”
Next How to Ask for What You Want and Need (No, It’s Not Selfish)